If you already know what to do, why aren't you doing it?

What would you do if you were not afraid right now? 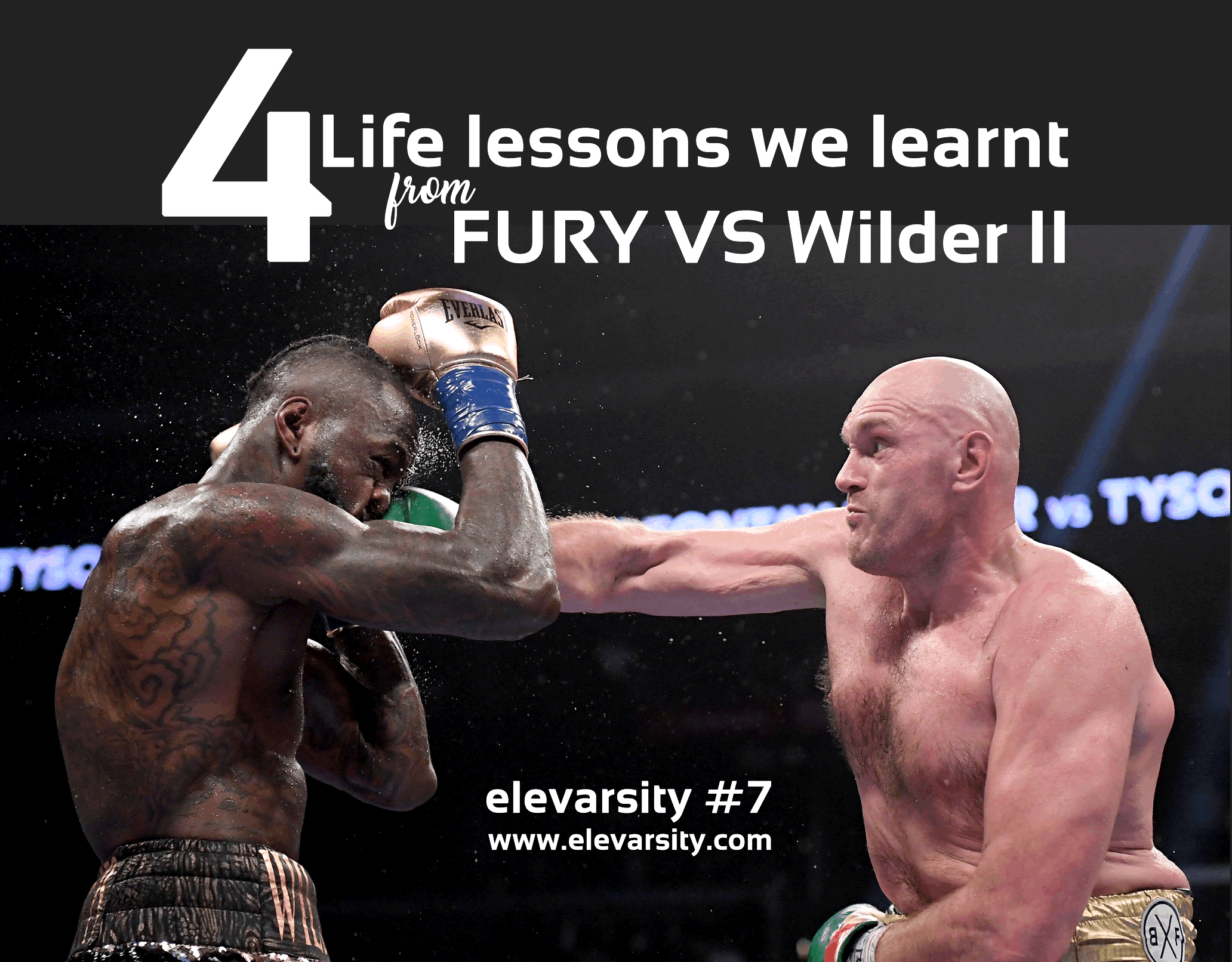 Did you watch the Fury vs Wilder II? Who did you put your bet on? Fury or Wilder and why …

Life is wild, Your Situation may be wilder but your Fury is enough to pull you through. You are all you need to be you.

The start of the fight saw Fury take the center of the ring and establish his jab. He looked for some big shots, while evading Wilder’s swings. In the third round, Fury floored Wilder with a strong right hand to the temple. Wilder beat the count and survived the round but was visibly disoriented, as blood began to stream from his left ear. Wilder fell to the canvas twice more, but they were ruled as slips by the referee Kenny Bayless, before Fury knocked Wilder down again in the fifth round with a quick combination punctuated by a left hook to the body.

Wilder made it to his feet again, but was unable to muster much in the way of a counterattack and he was now bleeding from the mouth as well as the ear. The fight was stopped midway through the seventh round after a flurry of hard-hitting shots from Fury caused Wilder’s corner to throw in the towel to save him from further punishment.

So, what did we learn from this battle?

I watched Fury’s documentary of their first fight and while he claimed he didn’t get hurt in that fight which we are all amazed about considering he was knocked down twice he also acknowledged that he might have probably struggled going into the match. Just 6 months after his mental health recovery and all that. Maybe that was why he wouldn’t stay down even when he was hit with those Wilder power punches – He drew from his pain.

The tweet from Dan Vanderkamp said after that fight “If one lesson can be learned from tonight is that the world would be a better place if people had the self belief and sheer toughness of Tyson Fury. Wilder has the belt, but Fury is the real champ”

Everyday, Life wakes you up and a day begins, how are you planning to finish that day like a champ? Sometimes, we meet fresh challenges, sometimes it’s a continuation of situations that we know, It is on us to understand what we have and find out how to come out as champions. George Foreman once said “You don’t know what it is to be heavyweight champ of the world until you become the heavyweight champ of the world”

2. Learn from your past Results:

If I asked you who won the first fight, who would your answer be? The match was tagged controversial draw with a 115-111, 114-112, and a 113-113. Many say Fury take more than 8 rounds from Wilder but many also saw the almost double KO Wilder landed on Fury but Fury got up.

You’ve heard it before that sometimes your last success or last failure could determine your next result. Why? Because if you get too arrogant because you won, you might be under-prepared for your next fight. Wait, did that happen to Wilder? If your last failure also made you a little man, then it has weakened you for the fights ahead. Do not let your resolve be dampened by your last result.

Of course, what you need to do is to make your last result a stepping stone to your next result. If you won, go with that high morale and prepare for your next fight, If you think you failed – get yourself up and work out your victory in the next fight – Did that happen to Fury?

Your life is awesome, that you ought to know and no matter what yesterday’s result was, your tomorrow’s result is not yet determined. People will judge your tomorrow with what they know about your last result, what they don’t know is your inner will, your courage, your determination to be better than your yesterday. And that is on you, your success is on you so get up and go for it. Fury and Wilder 1 might have been a draw but looked like one person learned better from that result and the Part 2 had the name of one person on the Title.

3. Prepare for your Fight – always be ready

Boxing is a battle just like life is. Sometimes things don’t come easy you have to fight your way to it, through it to make it happen. The follow ups to Fury and Wilder II had both of them prepare for the big match. But looking specifically at Fury (now the champ), did he do anything different?

I think he did, first he changed his coach to a Knock out Coach and kept the same message through his interviews that he would win with a K.O (Did he?). He knew he needed a change and he pursued it towards a goal. Should Wilder have done things differently, I don’t think, without a career lose, your team is probably perfect you’ll say. Fury was 7.7kg heavier than his first fight weight and he stated that he wanted the extra size and power to look for a knock out.

Were we surprised when from the first bell, Fury had all the right numbers? To me it looked like someone came more prepared, more focused, more determined than the other.

Your next fight is in the future, your last fight’s result is already in. What you did that worked yesterday might still work but be careful, your tomorrow’s fight is definitely not like that of yesterday’s. Knowing that, always be prepared for your next fight, if you have to change strategy – pls do. If you have to leave things behind – pls do.

4. Your last defeat doesn’t define you

So Wilder had his first career loss in that fight, that’s news for yesterday and yes that happened. The man with one of the greatest punch in boxing history finally lost. We can argue if Wilder’s corner called it right (I mean he fired the coach as I heard) but honestly maybe he could have still landed a heavy punch but what I saw was him taking in too many punches.

That being said, it would be wrong for any boxer to underestimate Wilder because of Fury’s win and think Wilder is easily beatable. Wilder may have lost to Fury but his record still speaks to his greatness has a boxer, and would this fight define Wilder in the future – that’s something to look forward to.

But to you I say, do not let your last defeat or failure define you. If a kid is trying to walk, He/she would fall multiple times, as parents we don’t say stop but hope that the child succeeds to the walking phase so for you why quit when you fall? Stand up and try again because victory only waits for those who win.

Life is wild, Your Situation may be wilder but your Fury is enough to pull you through. You are all you need to be you.

Related Topics:champchampiondesiredeterminationfuryjourneylearn from your past resultsprepareunderstand your journeyvictorywilderyour last result doesnt define you
Up Next

Are you a fan of TEAM YOU?